Some of you might have noticed last week that I had a cover reveal for The One Thing. Probably because I was screaming it out of a blow horn all week long. In my defense, ever since the story sold to Disney-Hyperion, I’ve been wondering—all right, obsessing (potato, potahhto)—about what the cover would look like.

I have to say, when I got my first peek at the cover, I was absolutely astonished. After all, The One Thing is a twisty little story, a tough one to nail down in a single image. But somehow Whitney Manger, cover designer at Disney-Hyperion, managed to iron out the story into one beautifully simple illustration. Due to my penchant for nosing around, I caught up with my editor Laura Schreiber and asked her about the design process for The One Thing. Here’s what she had to say:

"For a book I love as much as I love The One Thing, I was quite nervous about getting started on the design process. Of course I was working with the fabulously talented Whitney Manger, who has designed so many beautiful Hyperion covers, so I shouldn’t have been worried. But I admit I was, because you can’t say The One Thing is truly about any, er, one thing. It’s about everything: loss, love, forgiveness, music, death, soccer, video games, puzzles, cupcakes, unplanned pregnancies, Romanians, Doritos, swimming, encyclopedias…you name it. It’s utterly heartbreaking and yet milk-squirting-out-your-nose hilarious. How to covey all this with one graceful, simple, beautiful cover? Well, you’re looking at it." 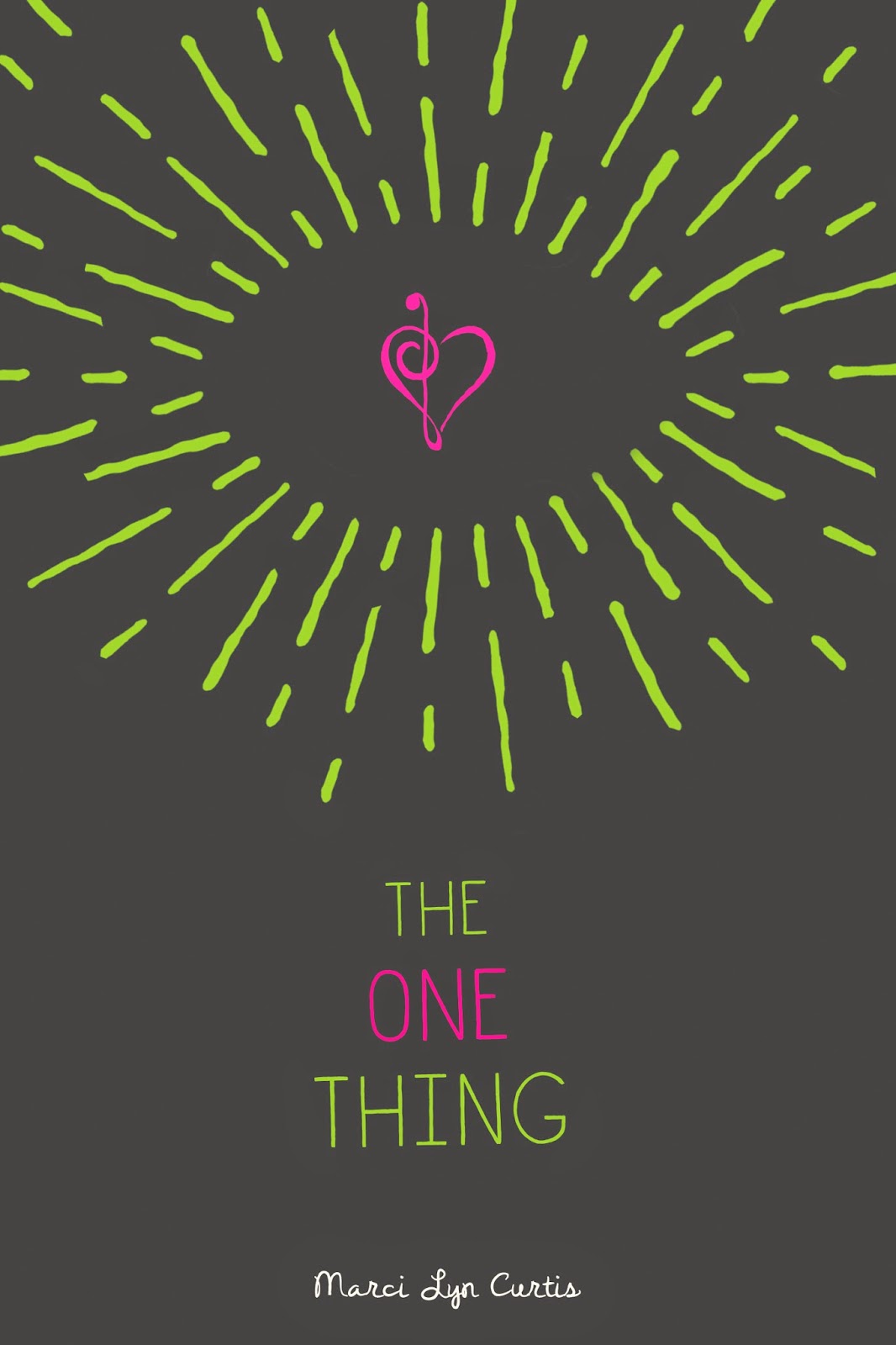 "Obviously, Whitney and I had to whittle things down a bit. We considered photographic options that played with sunlight. We tried making the music the main focus. Ultimately, we decided that the graphic look was the best fit for the story. What started out as a sun became a subtle nod to sight, by changing the shape to an eye. Ultimately, this is a cover about bright lights in dark places and about perceiving things in a new way. And if I were to forced to put the book in a nutshell, that’s how I would describe it too."


Marci Lyn Curtis grew up in Northern California, where she went to college and met an amazing guy in a military uniform. Two college-aged kids and one dachshund later, she lives in Maryland, where she laughs too loudly and eats peanut butter off spoons. Her YA contemporary debut, The One Thing, comes out September 8th, 2015 via Disney-Hyperion.